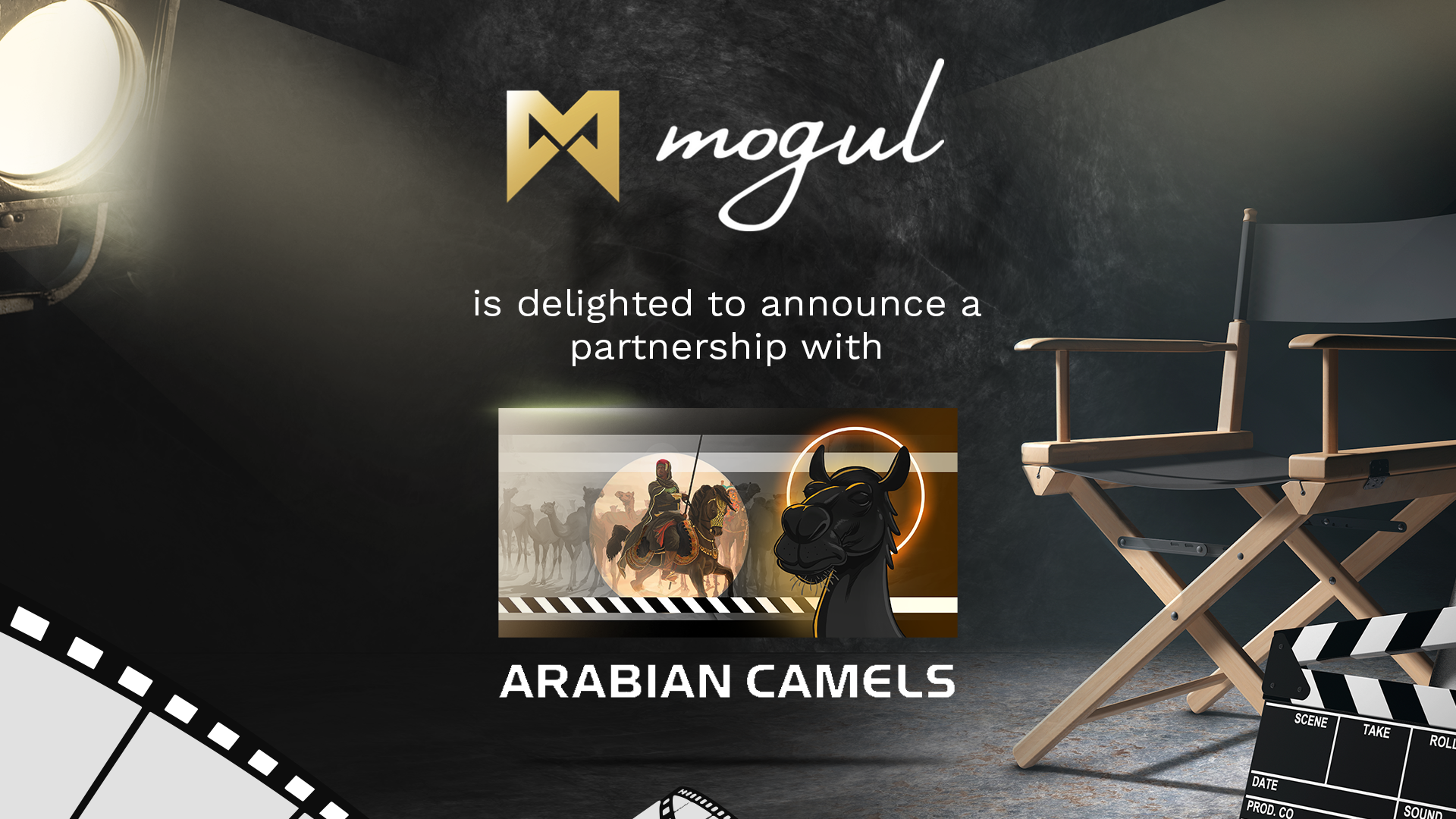 Mogul Productions is excited to partner with Arabian Camels NFT, the $50M NFT collection behind the upcoming featured film “Antara”.

Antara is a 6th Century swords and sandals epic that is to be directed by Tarsem Singh. It tells the true story of Antara Ibn Shaddad, a black slave who won his freedom and became a knight, and one of the most famous poets in ancient Arabia. Antara became an icon of Arabic literature and a monument for the warrior code of ancient Arabia.

First dropped in 2021, the Arabian Camels collection helped lay the foundation for IP from the upcoming feature film Antara.

NFT holders can get acting parts in the film, access to the film’s premiere, and part-ownership of the movie. The community is also eligible to earn a yield on their NFTs during production.

‍“We have received fantastic support from the film and crypto community in helping bring the epic story of “Antara” to life via our Arabian Camels NFT. We are delighted to be aligning with an innovative platform like Mogul which is helping lead the charge to bridge the film industry and the crypto industry,” Alexander Amartei, Arabian Camels Producer, said.

At the 75th Cannes Film Festival anniversary, the subject of NFTs is taking the main stage. The Arabian Camels are making noise in Cannes and Monte Carlo this year, as they present their NFT collection for the upcoming Antara movie.  Their model is leading the way toward the future of Hollywood, with their convergence of NFTs, DeFi, Web 3 community and movies.

Mogul has reserved an exclusive allotment of the Arabian Camels collection on their NFT marketplace, to help drive funding for the “Antara” movie.

This strategic partnership is designed to shine a spotlight on the fantastic work the Arabian Camels team has done, and use Mogul Productions' platform to elevate funding and film awareness.

‍“A huge part of what we strive to do at Mogul is to leverage the power of the crowd to bring incredible stories to life. The story of Antara is fascinating and there has already been so much success and interest around it via the Arabian Camels NFT. We are thrilled to offer our community the chance to get involved in the action and assist in bringing the film to life,” Jake Fraser, Mogul Productions’ Head of Business Development, said.

Mogul Productions is revolutionizing film financing, allowing a global audience of fans to participate in the financing of movies and other forms of entertainment through NFT sales. Mogul's NFT marketplace serves as a bridge between the NFT arena and the world of entertainment financing. It's a platform for film fans, by film fans, empowering users to take an active role in the script-to-screen process.