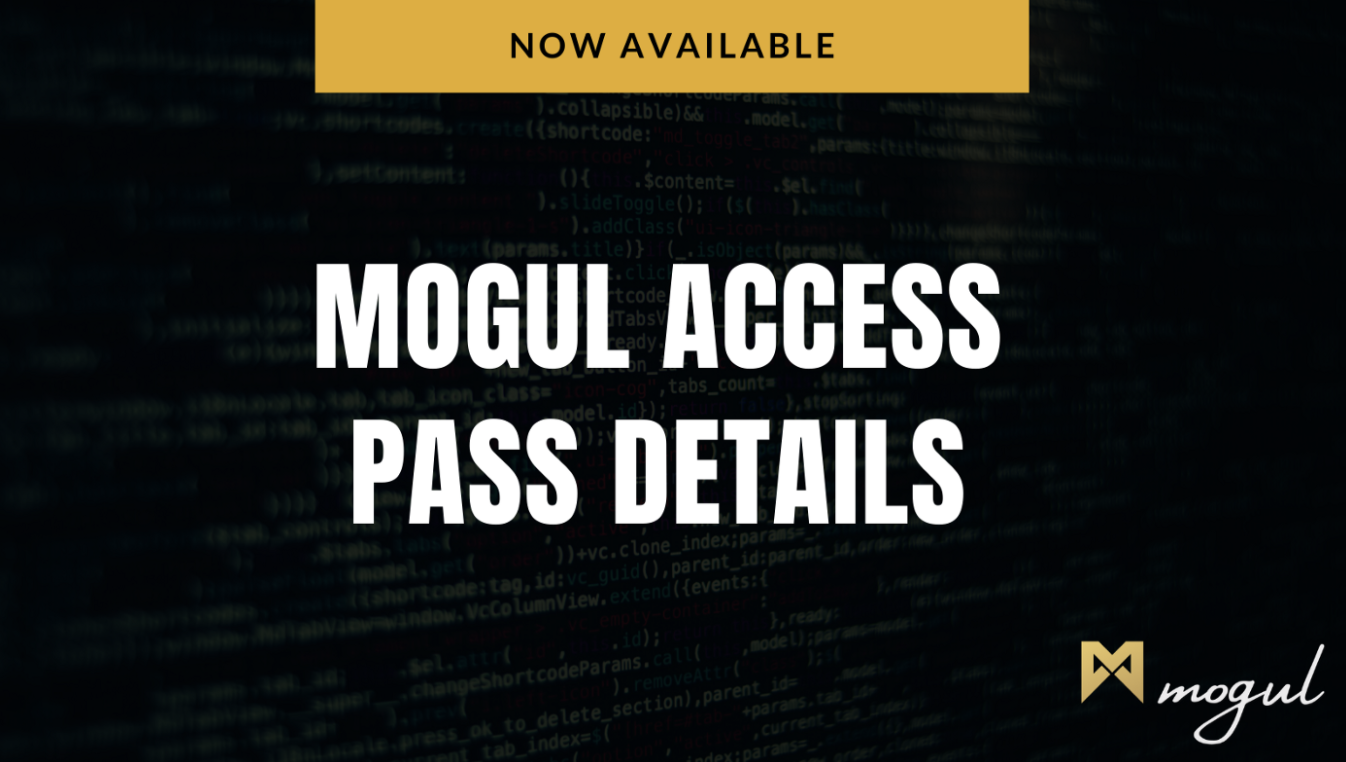 Mogul is selling, for a limited time, tiered Access Pass packages through our platform. Each package consists of a non-fungible token (NFT), STARS, and a personalized, physical package of merchandise that is sent to the purchaser.

The Access Pass NFT represents your level of access within the Mogul platform; each level of access will have different experiences and rewards available to them related to Mogul-produced movies. For example, Red Carpet Access Pass holders will have exclusive events curated specifically for them, such as private screenings. The NFTs are transferable and the benefits are given to the holder of the non-fungible (NFT) token.

The STARS token is required for access to the Mogul platform. Each user must have a minimum of 1 token. STARS are used as in-app utility and governance token.

The Access Pass Sale will occur from March 25th toApril 8th and tiers will be sold on a first-come-first-served basis. Passes must be purchased directly through the Mogul platform. There are only a limited number of passes available.

CAUTION: Any offers to get any Mogul tokens or passes to you before April 8th outside of Mogul’s Platform, including on Uniswap, are NOT genuine.

STARS tokens will be immediately distributed to user’s wallets during the sale and will unlock 1 week following the end of the sale.

There will be an initial supply of 400M STARS tokens with the following distribution:

The supply of STARS tokens will inflate by 4% each year. These tokens are allocated to the Mogul Ecosystem Development Fund to support the continued growth of the Mogul user base and STARS holders.

STARS is an ERC20 token on the Ethereum blockchain

Access: to access the Mogul platform / network, users must have a minimum wallet balance of 1 STARS token

To grow the STARS ecosystem and encourage Uniswap protocol users to become Mogul community members, 40 million STARS will be distributed to early farmers for the first 600,000 Ethereum blocks (approximately 3 months) after STARS are unlocked. The announcement of the creation and audit of the staking contract for Mogul users to participate in this campaign will be shared soon.

Mogul will continue adding DeFi products and features that increase the utility of the STARS token within the Mogul platform and ecosystem. From the Ecosystem Development Fund, STARS will be used to encourage users to do actions within the platform that advance the Mogul suite of products, including backing films, referring their friends, completing challenges, contributing to the development of movies, and more.

Summary: there are 4 tiers to purchase from during the Access Pass Sale, governed by an audited smart contract. Each tier has a different cost of ETH/STARS token. Users must purchase 1 tier at a time (users may purchase more than 1 tier, but they would be separate transactions)

There are a finite number of each tier available for purchase; each tier includes STARS and an NFT, where the NFT represents a user’s exclusive Access on the platform — the NFT will be displayed in your Mogul Profile upon delivery. NFTs will be delivered to Access Pass purchasers on April 27th.

There is also a general contract for users to “top up” their tokens. This is for users who want to purchase a custom number of STARS; for example, 100 STARS to submit a project. These tokens are sold through the Mogul platform and the smart contract is designed for users to purchase any amount of STARS tokens that they require.

If the Access Pass Sale ends before all passes are sold out then the remaining tokens will be locked into the “Top Up” contract and the NFTs will go up for sale at a later date.

Today: Users can reserve an Access Pass through their Mogul profile and become waitlisted to purchase Access Passes

March 20–23: Early Adopter Distribution Program (200k tokens distributed to 10,000 users who sign up during this timeframe; distributed through a raffle system)

*Dates subject to change due to any technical difficulties that are outside of Mogul’s control.