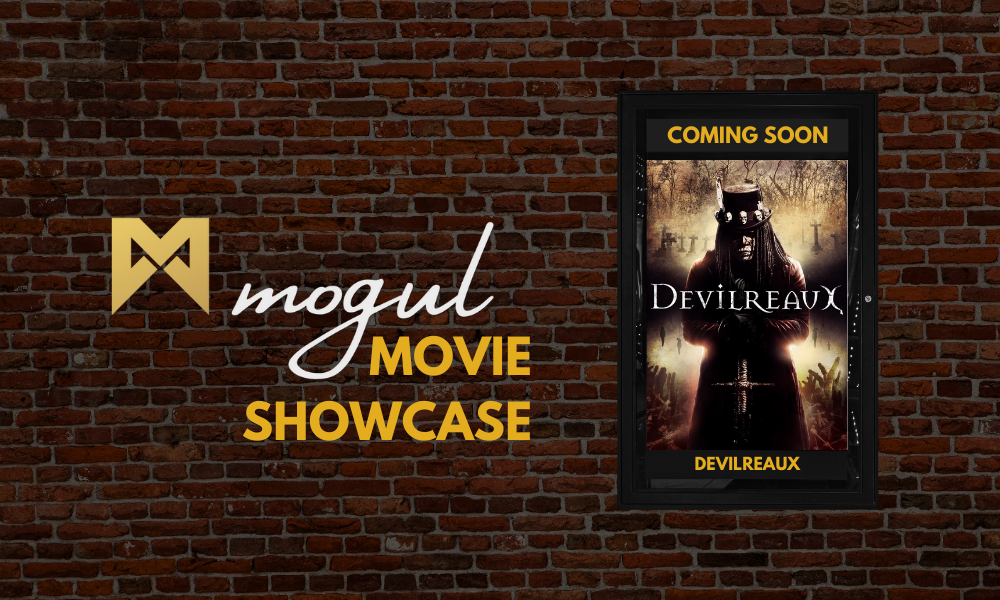 Want to Vote for Devilreaux in Mogul’s First-Ever Showcase? Here’s Why the Film Might Indeed Be the Best Choice

But this post is about the third movie on the showcase slate that we haven’t featured yet. Devilreaux.  The movie takes place in the present day, where a forbidden voodoo seeks to avenge the murders of Devilreaux and his family, all of which took place during the 1800s. An unwitting group of teenagers accidentally bring Devilreaux back to life to wreak vengeance again.

Here’s why you should consider using your STARS tokens to vote and choose Devilreaux as the film worthy of receiving financing from the Mogul community.

Devileraux is a horror movie that draws comparisons to films like Haunting in Connecticut and the cult classic, Candyman. One key difference is that the film resides within the zombie subgenre.

Think about how prominently popular zombie TV shows and movies like The Walking Dead, World War Z, Zombieland, and Day of the Dead have been able to stick in the minds of their audiences. That’s what moving people to watch a zombie movie and forever haunting and entertaining them after the fact is all about.

That’s why audiences flock back to popular zombie television shows in droves season after season.

A Major Distribution Deal for the Movie Is Already in Place

While more and more films are being distributed through popular streaming services movie lovers use at home, Devilreaux actually has a deal in place with one of the most well-known studios in Hollywood. We can’t tell you which one. But when you find out, you’re going to see the true profit potential of a film backed by a distributor tied to some of the most popular movies both in the horror genre and beyond.

Everyone knows zombie movies are no fun unless celebrities are killing or being killed by zombies. Devilreaux is planning to line up supersecret musical talent for a role in the film. Who will the talented musician (or musicians) be? Will they survive or will they be eaten alive?

Only time will tell.

A Movie True to Louisiana Folklore

Even hard-core fans of the horror genre probably aren’t so familiar with Louisiana folklore. Devilreaux is going to be one heck of a way to get familiar. Louisiana is home to a rich history in dark arts, Black Magic, the occult, and witchcraft. This movie is going to be absolutely terrifying!

Thomas Churchill Is the Director

Thomas Churchill has many notable credits under his name as both a director, writer, and producer of movies many moviegoers would recognize including Check Point, The Hard Way, and The Amityville Harvest.

He clearly has the experience to help bring movie fans to the edge of their seats and get their heart rates pumping, which is exactly what horror fans want.

Vote for Devilreaux with STARS Tokens

All you need to cast a vote during Mogul’s first-ever movie showcase running from August 5-19, 2021 is own STARS tokens. STARS are used to cast your vote in a democratic and fair way.

The easiest way to use your STARS to vote is to navigate to your Mogul profile at my.mogulproductions.com and click the Showcase option and the left-hand menu. Remember that spending STARS tokens within the Mogul platform can only be done using the Ethereum blockchain and a browser-based wallet like MetaMask!

Get ready to vote for Devilreaux, Terminal Station or MR-9 in this inaugural showcase hosted on the Mogul platform!