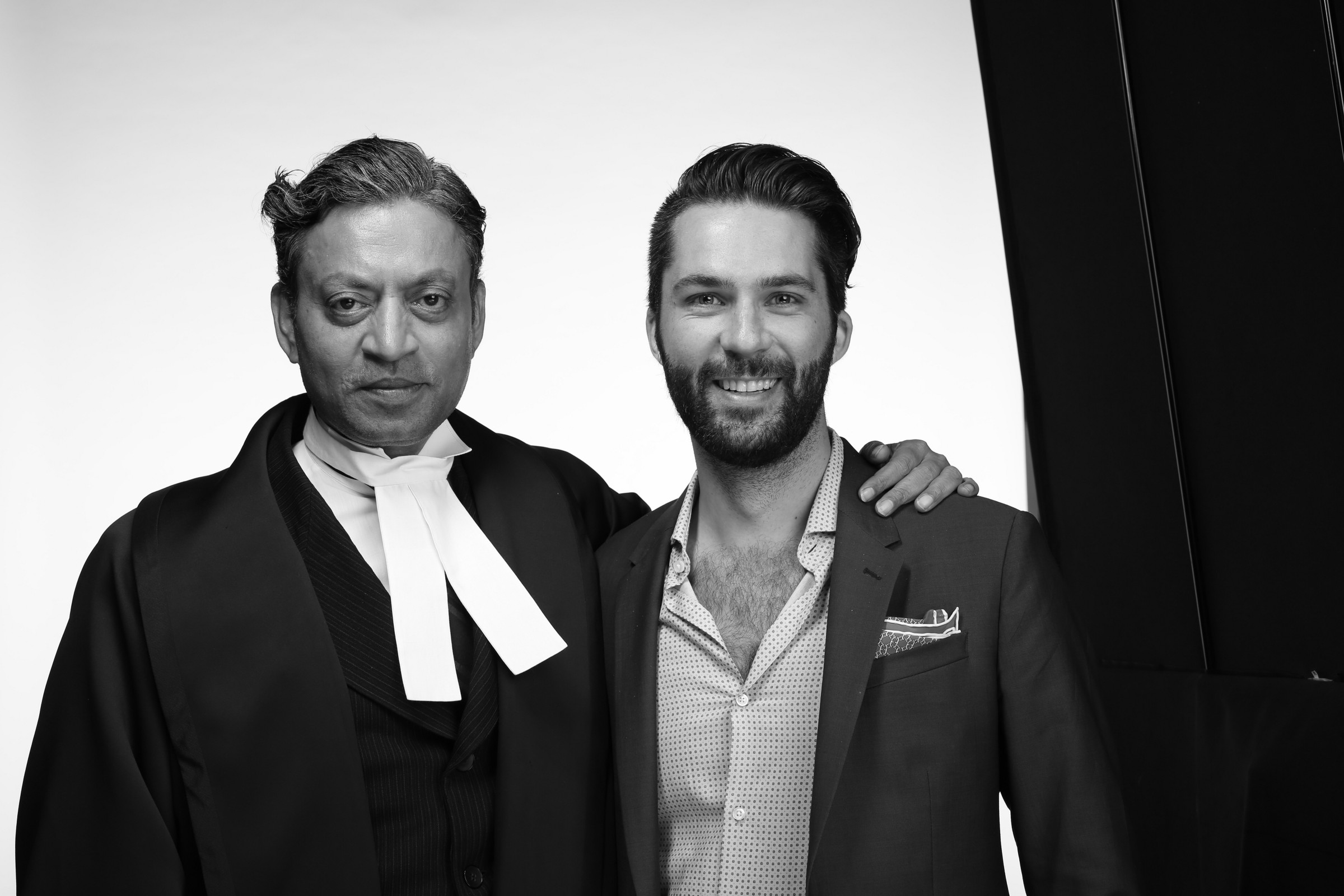 Emmy®-nominated producer David Cormican joined James Pratt on Mogul Live on June 18th to talk about his career, give advice to aspiring producers, and give his take on a post-COVID-19 television reality.

He is Partner and President of Don Carmody Television (DCTV) and a member of the prestigious Producers Guild of America (p.g.a.) and the Writers Guild of Canada.

DCTV projects include the International Emmy®-nominated mini-series Tokyo Trial for Netflix, the Rogers-Netflix original series Between, the Emmy®-nominated The Secret Life of Marilyn Monroe for Lifetime, and ShadowHunters for Freeform.

Most recently, David has taken the role as a Guest Lecturer at OCAD University in Toronto to lecture on advanced cinematic production.

Mogul is lucky to have David as a production advisor. When we are producing independent films, David, alongside other producers such as Emmy-winner Cindy Cowan, will be overseeing production to share their knowledge, best practices, and contacts, and David might even be producing some of the films himself!

“When I was first approached by the team at Mogul I was really enamored by the whole commitment to transparency and the evolution of what is truly an archaic system.”

He noted that if you’re an independent producer there isn’t necessarily an easy path to financing and he appreciates the intent behind the Mogul model, which allows speed to market, transparency, and efficiency that doesn’t quite exist today in Hollywood.

“It’s about empowering your decisions through data and audience feedback. Those are your end-users.”

To watch the full interview with David, head to www.mogulproductions.com, sign up, and visit our community page.

David started the interview with a “glass-half-full” outlook on the current pandemic we’re seeing — noting that despite the hand we’ve been dealt, he’s been finding more time than ever to write and co-create more content.

David’s career started as an actor and he started to get frustrated when he wasn’t getting gigs. He used that frustration to start writing the scripts that he wanted to act in, but then realized that he needed to find someone to produce what he was writing… The logical next step for him was to dive into becoming a producer to produce his own work.

He travelled to every festival and conference he could get to (and afford) and started introducing himself as a producer. He networked with everyone that he could. His efforts finally paid off and he landed a job as the head of development for a company in Saskatchewan, Canada.

He moved from Toronto (seen as a hub of film in Canada) to Regina, Saskatchewan (a smaller town in Canada) and his friends thought he was crazy — but he knew this was a big opportunity for his career. That was in 2008 and now the esteemed producer looks back at that decision as a major stepping stone and learning experience for him to show his expertise. David said in his interview that early into that opportunity he learned:

It was in Regina that he met Don Carmody, whose credits include some 100 films thus far, including the Academy Award® nominated Good Will Hunting, the cult hit The Boondock Saints films, and the Resident Evil films.

Don and David worked on a film together in Regina called 13 Eerie and were both on the board for the Canadian Media Producers Association. Many breakfasts, lunches, and business meetings led to a partnership where David became the President and Co-Founder of DCTV.

Perhaps leaning on his own experience, David’s advice for those looking to get their foot in the door in the industry was to actually avoid making a big move to LA or Vancouver right now! He predict there is going to be a big push in the next few years for domestic production, and that people are going to want to work with local talent that they’re familiar with rather than having to increase budgets to fly in talent that may be subject to quarantine periods.

Segwaying into his more recent projects, David spoke about his experience working on Northern Rescue. One of the most interesting pieces of behind-the-scenes information that David shared was that the key cast on the show started to become so close to one another that they actually requested to live in the same house while shooting!

He also went into great detail about his experience working with Tux the penguin on the set of Northern Rescue, which added a gripping twist to the interview. It’s not every day you get to hear about how productions work with animals (and David was also able to tell us about working with a tiger!), and the fans listening to the interview were certainly entertained hearing about the adventures of wrangling Tux on set!

On the future of distribution in film, David mentioned that the world has really grown up in the last 3 months to be more comfortable with change. He said that there have traditionally been a lot of gatekeepers in distribution but that’s breaking down with streaming services, and he’s predicting a rise in advertising-video-on-demand (AVOD).

“I feel we will see a massive rise on the AVOD side as consumers are seeing shrinking wallets and watching their pennies and they will turn to watch content for free.”

On “how to succeed” in this new predicted landscape, David offered:

“Curating a brand for your shows, your movies and your content will be key moving forward to have your identity and uniqueness to your projects.”

He gave the example of HBO and how most consumers know exactly what an HBO show looks like as opposed to Netflix who has a variety of styles and content.

“From a distribution side, there is the power to be able to bring the same audience to your content consistently.”

Transitioning to advice for aspiring producers, David said that being a producer is a game for those who persevere and there is no such thing as an overnight success. He noted it’s a long game and about nurturing relationships because it’s 10 years or more in the making to have success.

“If this is something you want to do you have to have such thick skin. There is so much rejection on a daily basis. We get told no probably more times than actors do!”

He urged to be prepared to start at the bottom and get as much experience as you can on set because it will benefit you once you actually become a producer.

“Be creative and always find solutions, because problems will happen but it’s all how you deal with them.”

Towards the end of the interview, David offered that it’s important for everyone to stop and celebrate their successes. Every little win matters in the film industry and it’s about the cumulative snowball effect to slowly pick up steam for your career.

Follow Mogul on Instagram to tune into the next Mogul Live, where all fans can engage with moguls.