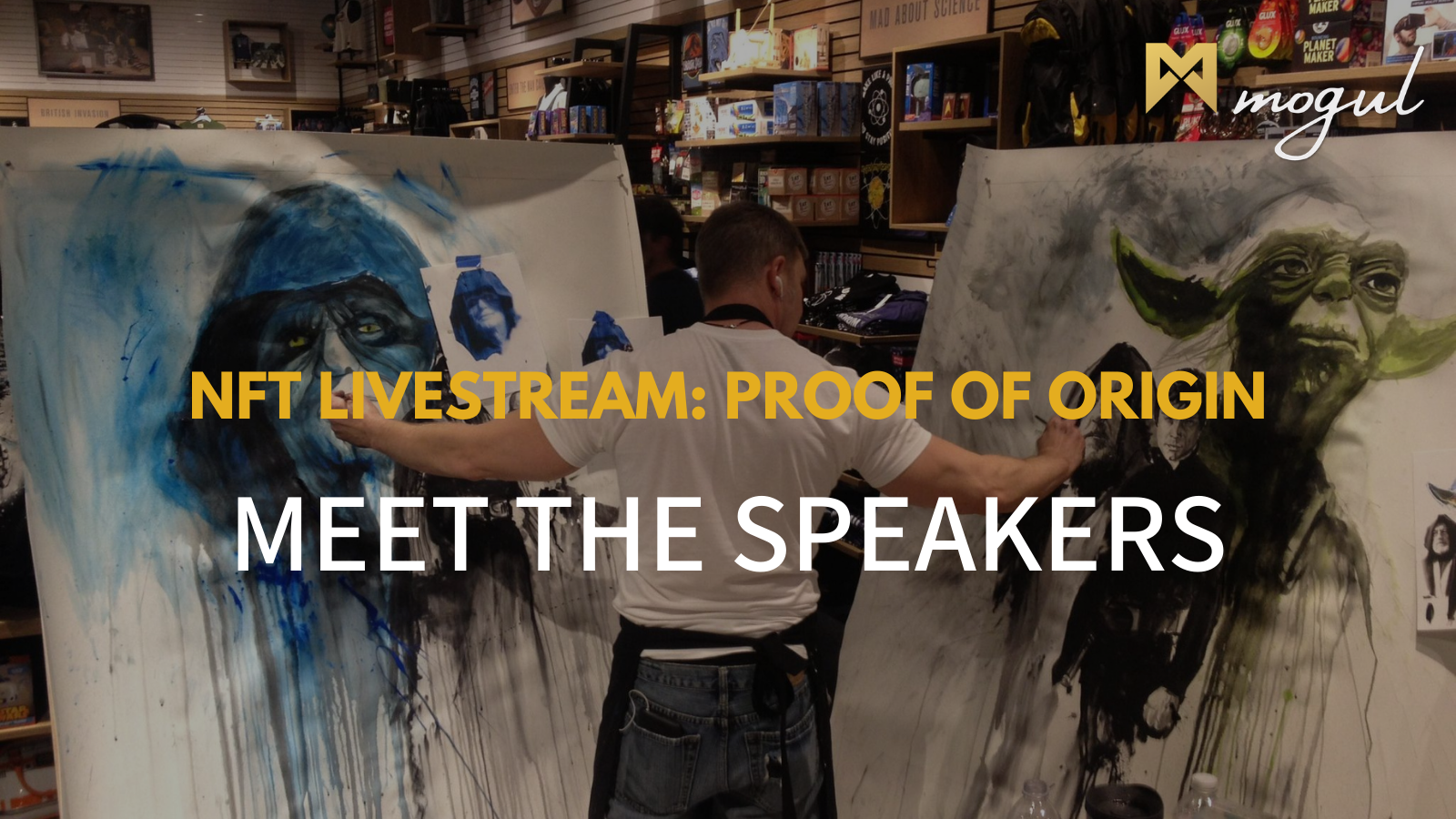 Mogul Productions is proud to present our panel of speakers for the NFT Livestream: Proof of Origin event!

Jesse Wellens is one of the most popular and influential YouTubers around, with almost 11 MILLION subscribers and well over a million followers on Twitter.

His videos routinely get hundreds of thousands of views, with his Spider-Man vid nearing 35 million!

Jesse can often be seen/heard screaming his love of blockchain and cryptocurrencies from the mountain tops!

Jesse’s influence can be found almost everywhere. He has a clothing line, Rose Ave., and has made a name as an actor and producer, where he’s known for BlackBoxTV Pranks, Cookie Dance, and Escape the Night.

Not long ago, Jesse directed a video for rap legend Snoop Dogg and his song Lavender (Nightfall Remix) which got a LOT of attention around the world.

It was such a great experience that they have teamed up again - this time joined by fellow legend Ice Cube and others!

Ted Farnsworth is the Co-Founder of ZASH Global Media and Entertainment.

He was previously the former chairman of MoviePass, a groundbreaking theater subscription model and one of the biggest disruptors the film industry had ever seen!

Ted is now poised to disrupt the social media space. ZASH has taken an 80% controlling interest in a rival app to TikTok, called Lomotif.

An expert in strategic development, marketing, public relations, and consumer behavior, Ted has used these skills to build many successful companies throughout his long career.

He is regularly sought for speaking engagements, feature articles, and TV & radio spots!

Jon Karas is the President and Co-Founder Akoin, along with global superstar and social impact leader Akon.

They provide blockchain solutions for entrepreneurs in rising economies!

Daniel Crothers is the Co-Founder & COO at ECOMI; bringing the world’s top IP brands and licenses into the NFT space with VeVe.

ECOMI is a one-stop-shop for digital collectibles through the VeVe app, ushering pop culture and entertainment into the 21st century!

Some of VeVe’s digital collectibles include Batman, Adventure Time, Ghostbusters, Back to the Future, Jurassic Park, Star Trek, NFLPA… the list goes on.

VeVe’s Augmented Reality features even lets you stand side by side with your favorite characters and heroes - in the real world!

Daniel has always been an early adopter - like the web in the 90s - and now his interests lie in the truly disruptive technologies of blockchain and cryptocurrencies - the digital platform of the future!

Joel Comm is Co-Host of the Bad Crypto Podcast, one of the top crypto-related podcasts in the world.

He is an internet pioneer, creating profitable websites, software, products, and training, since 1995!

You can buy his latest book, “The Fun Formula” on Amazon now.

Joel is a blockchain enthusiast, an NFT expert, and is highly regarded for his cutting edge strategic vision, knowledge, and his ability to communicate all of it effectively.

He is a sought after professional keynote speaker, known for inspiring and entertaining crowds all around the world.

And yes, he created the iFart app, which rocketed to #1 in the Apple App Store in 2008!

Phil Ingram is the CMO at Lepricon.io, a community-owned and governed prediction games platform.

He is a former VP of Remote Lands, and specializes in strategic marketing, digital & social marketing, and strategy implementation!

Joyce Chow is the Founder at iHollywood Film Fest, Co-Founder of the Palm Beach International Mini Movie & Film Festivals, and Director at The Atlas Post

MBN.media is the world’s largest producer of 3D video, and they’ve been reproduced in 50+ languages!

James Pratt is an award winning actor, director and celebrity favorite within luxury auctioneering. He's one of Australia’s Top 5 under 35 in Entertainment.

James is regarded as one of the most successful & youngest real estate auctioneers in the world for luxury homes!

Cindy Cowan is the Founder of Cindy Cowan Entertainment and is an Emmy-winning, Oscar-nominated producer.

Her credits include such hit films as Traffic, Very Bad Things, and Miracle on 42nd Street, and she previously co-founded Initial Entertainment Group.

David Cormican is an entrepreneur and Emmy-nominated producer, and the Co-Founder & President of Don Carmody TV.

He has produced hit shows for NHK & Netflix, Lifetime, Freeform, as well as the first Canadian Original Netflix series, Between!

Ty Blackard is the Co-Founder & COO NFTY Labs, and CCO at FomoHunt

He built blockchain’s most innovative data curation platform, and is creating the next layer of authentication infrastructure by utilizing Web3 based tools that allow for utility management through NFTs

Erman Tjiputra is the Founder & CEO at AIOZ Network

An architect of large-scale AI & blockchain products, he’s currently reimagining streaming from the ground up with a blockchain-based content distribution network.

Anndy Lian, Board Member at Hyundai-DAC, is a serial blockchain entrepreneur known for his work in the government sector!

Anndy is also an author, thought leader, investor, advisor, and board member to several other companies in Asia and Europe.

A business person by training, Arjun is an engineer at heart, helping blockchain developers build for scalability and great UX with the help of Polygon's Layer-2 scaling solution.

He’s also a former SVP at Binance, a blockchain philanthropist, and a strategic advisor!