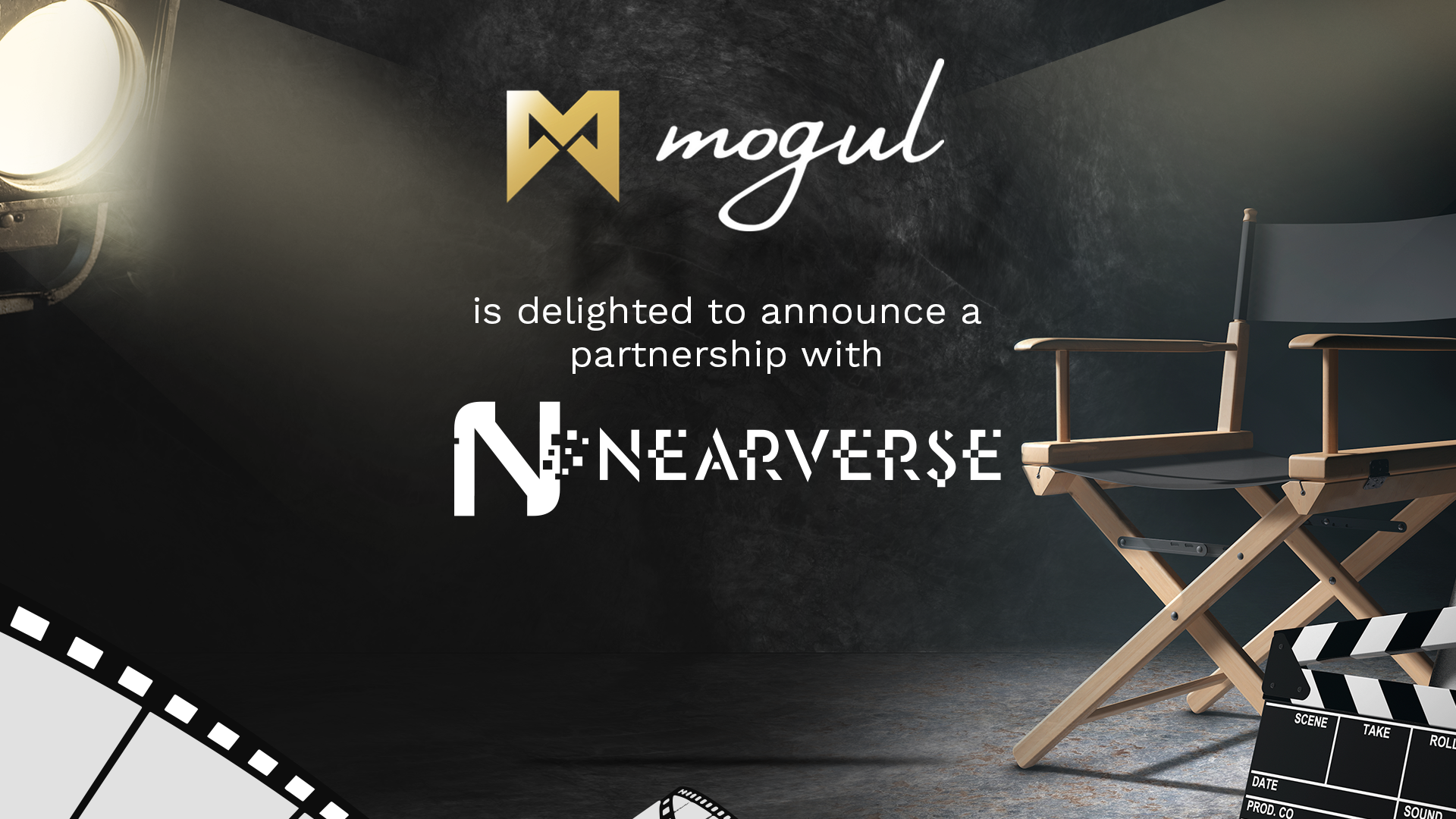 Virtual Hollywood set to align with NEAR Protocol’s NEARVERSE.

Mogul Productions partners with NEARVERSE.org to announce a new virtual cinema which will be focused on Hollywood and used to air the latest films and events for film fans.

NEARVERSE.org is built on Eco friendly NEAR Protocol, and is empowered by human guild, the video game development arm of near foundation. NEARVERSE is focused on empowering artists, and provides the ability for every player to earn through exploration, by giving options to create epic lands and interactions thus enabling users to embark on a new journey within a thriving metacommunity.

Mogul looks to extend their role of helping pioneer the Film3 movement by providing the premier virtual experience for the entertainment industry. There will be events such as film premieres, shows, meet ups and users will be able to play to interact with the wider NEARVERSE ecosystem. Partnering with NEARVERSE allows both communities together to scale Metaverse development and user engagement.

The Metaverse is such a great medium for digital communities to come together and thrive with a focus on empowering each other. We are extremely excited to be a part of the web three revolution that is occurring within the film and TV forms of artistic expression. Partnering with mogul, will allow NEARVERSE to reach more communities and provide a Digital venue to entertain and express themselves with more freedom and economic stability. William Idrissi, Founder NEARVERSE

As we look to expand the footprint for Mogul across several Metaverse ecosystems, we are very much looking forward to developing our partnership with the NEARVERSE team. The work they have done to date has been fantastic and we can’t wait to bridge our communities to provide world class virtual experiences for film fans. .Jake Fraser, Head of Business Development, Mogul Productions

Mogul Productions is revolutionizing film financing, allowing a global audience of fans to participate in the financing of movies and other forms of entertainment through NFT sales. Mogul's NFT marketplace serves as a bridge between the NFT arena and the world of entertainment financing. It's a platform for film fans, by film fans, empowering users to take an active role in the script-to-screen process. Access Pass holders get even more insider benefits and perks, including access to exclusive events held around Mogul-produced film releases.