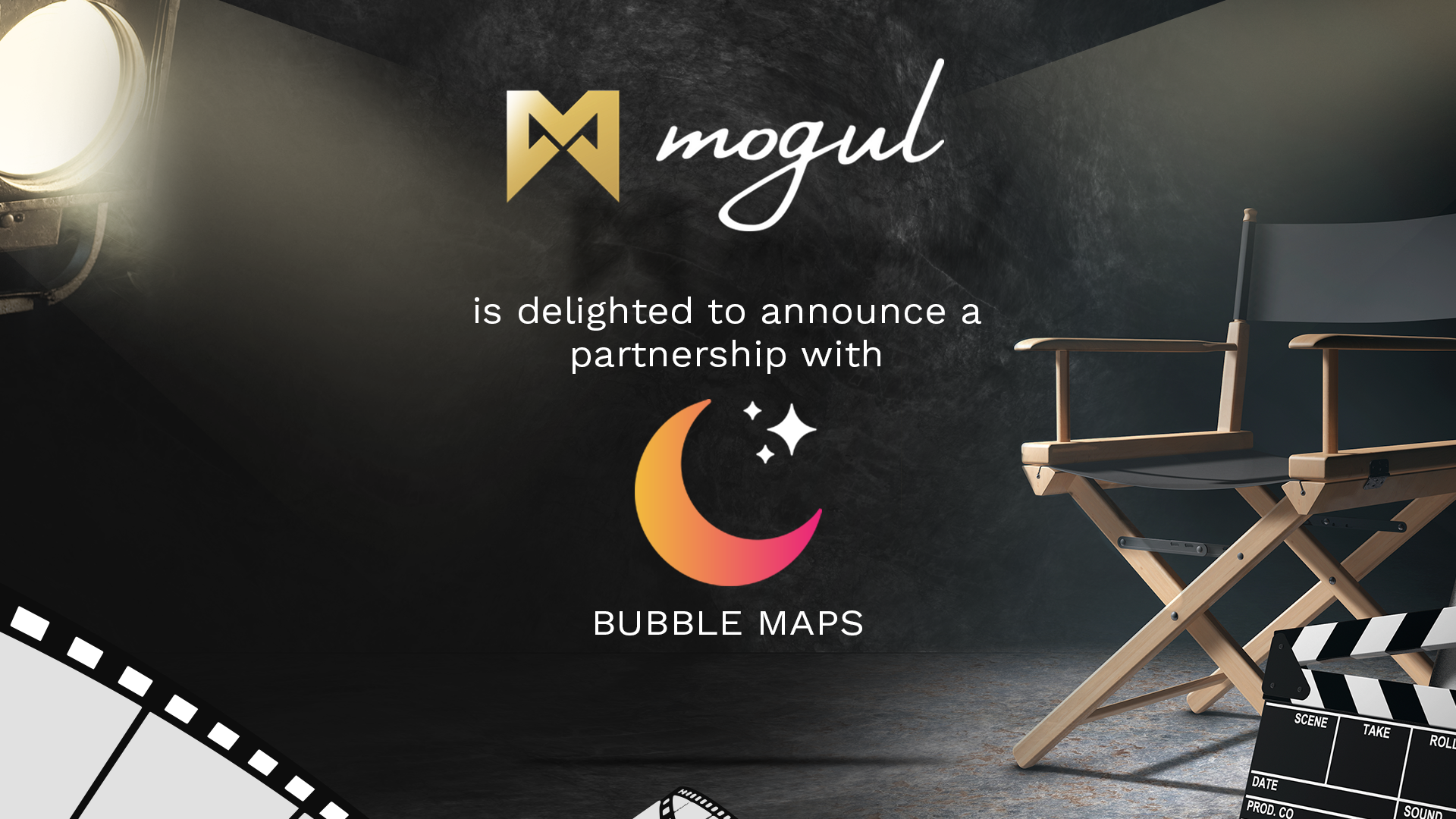 By listing STARS on Bubble Maps, Mogul is becoming more transparent and helping users access deeper information on the health of the ecosystem. Mogul will enable its community to conduct deeper research on STARS, which can be staked again, beginning from May.

On Bubble Maps, each token has a unique map that displays the way top holders interact with each other, revealing deeper connections between wallets. Specifically, every wallet is represented by a bubble, whose size is proportionate to its holdings. Only the top wallets are displayed, and every interaction between them is shown on the map.

For example, here is what the map of MoonLight’s native token looks like:

As a rule, the simpler the map, the healthier is the token distribution. If there are large clusters of interactions, it can be related to private sales, centralized exchanges, or suspicious activities.

Bubblemaps is a new way of exploring on-chain data through accessible and playful visuals. “Thank you Mogul for getting listed, you are showing a high level of transparency to your community.  Everyone can now analyze the distribution for your $STARS tokens!” Said Nick, CEO of Bubble Maps

The service is trusted by high-profile entities in the crypto industry, including Coinmarketcap, Coinbase, CoinGecko, and TechRate, among others.

The partnership with MoonLight comes at the right time, as Mogul launched a staking program starting on May 15. According to the program, 14 million STARS tokens will be rewarded to the community until May 2023. The staking program supports BEP20 tokens only, and users are encouraged to swap their STARS from Ethereum to BSC if they want to take part in it.

Token holders can lock their STARS for specified periods of time in order to earn a STARS reward rate, which is defined by the pool they are entering. Specifically, the rewards increase with the lockup period.

For DeFi enthusiasts, this enables token holders to lock an amount of their tokens to accumulate rewards. This creates liquidity within the ecosystem, while providing yield opportunities for stakers. On Mogul, staking rewards are received in the form of STARS tokens, and users can withdraw their rewards at any given point in time. However, if withdrawals are conducted before the predetermined lockup period requirement, users will not be eligible to claim the rewards.

Mogul hosts four reward pools for its staking program, each having a different number of STARS allocated for rewards. The reward rate per pool will vary over time. The pools are as follows: ‍

Mogul Productions is where movies meet blockchain. They offer DeFi, NFT, and Metaverse product lines to help bring fans closer to the big screen. It is currently the only global NFT marketplace and DeFi platform focused on the film and entertainment industry. Mogul accelerates NFTs adoption in film, music, and television, providing unique experiences to fans and helping artists leverage the best features of blockchain.

The platform is backed by a professional team of producers who have created 95 feature films that have generated $425+ million in box office revenue.