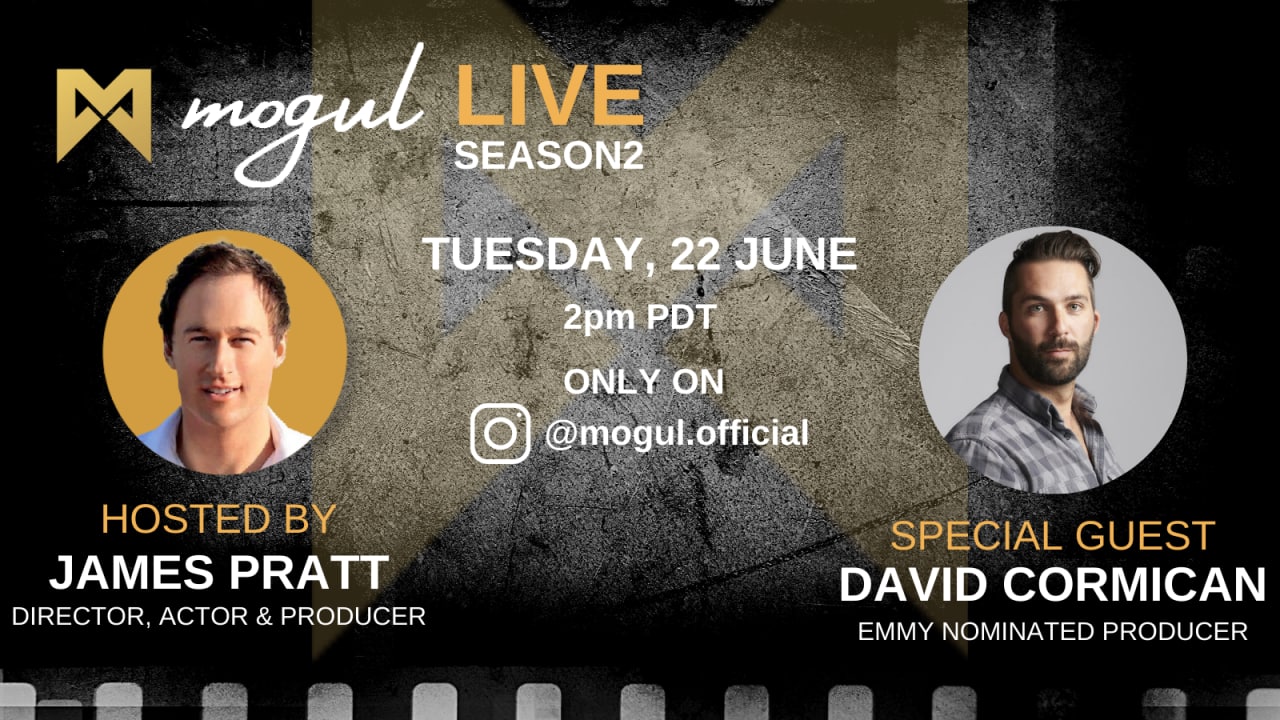 If you’re a longtime follower of Mogul Productions then you’re familiar with our Instagram Live show, Mogul Live. It’s an intimate interview between host and a special guest, and we’re ecstatic to announce that Mogul Live is BACK!

To date, the show has had over 60 guests that have been part of some of the world’s biggest and most successful movies/TV shows, including Fast & Furious (stunt pilot Frédéric North), Netflix’s Daybreak (star Greg Kasyan), Traffic (Oscar-winning producer Cindy Cowan), and many more!

Among their many accolades, past guests on Mogul Live have claimed 10 Emmys and been nominated for many more, have starred in no fewer than four Netflix shows, and won three Academy Awards!

You can see why we’re so excited about this, right?

In the past, guests were almost always working actors, directors, producers, and other members of the film & entertainment industry. Going forward, we’ll stick to a similar pattern.

Twice monthly, James will welcome a new guest onto the show, and over the course of their conversation we’ll get to know what they’re working on, what might have been recently completed, and where you can see them on the big or small screen!

If you haven’t guessed by now, Mogul Live airs from our BRAND NEW Instagram feed. Follow us at @mogul.official to ensure you don’t miss James' next interview.