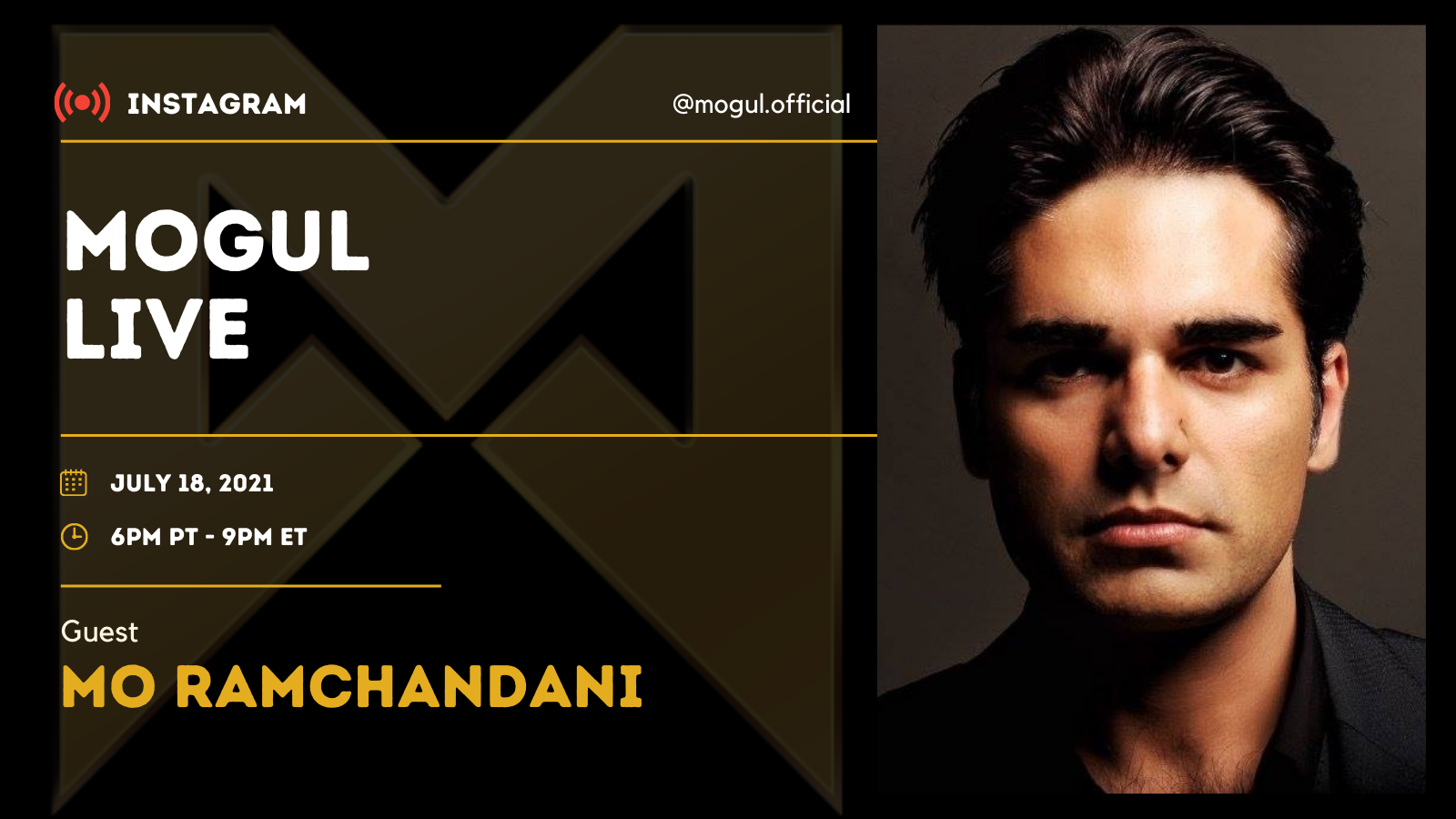 Mohit Ramchandi is the Director and Writer of Bonded, the first-ever feature film hand-picked and financed by Mogul.

Bonded tells the story of a Mexican teenager whose dreams of becoming a soccer star are derailed when his mother dies. He is smuggled across the border with the promise of a better life but instead ends up being sold to a sweatshop in downtown Los Angeles.

This past weekend, Mo sat down with James Pratt for a Mogul Live chat on Instagram. In the 25-minute interview, he details how he came up with the idea for the movie, how he pushed through hard times to get it funded, and what it was like working with lead actor Jason Patric.

Mo is no stranger to big-budget movies. His previous film credits include working on Outlaws and Angels featuring Luke Wilson, and Two Days, featuring Paul Rudd and Adam Scott.

Mo’s passion for bringing awareness to the world’s ongoing struggles with child slavery through Bonded shines through during the interview. We wanted to share the highlights with you.

Bonded represents Mo’s directorial debut in full-length feature films, so we had to ask him how it all started.

“I originally had written a film about a kid from Pakistan who is sold into slavery in the late 1980s. His name was Iqbal Masih. This is a true story he was sold into slavery into a carpet factory and he ended up breaking free and becoming the spokesperson for the Bonded Labour Liberation Front which is an organization fighting the Pakistani government to change the labor laws.

His crusade kind of grew. He came to America and met Senator John Kerry. He won the Reebok Human Rights Award at the age of 13. When he went back (to Pakistan), the government had him murdered because had become the spokesperson for anti-child labor laws….”

Ramchandi continues about writing the script and how it finally got made after he sold it to Saving Private Ryan producer, Mark Gordon. He recalls Gordon saying nobody in Hollywood wants to see a movie about Pakistani and Indian kids…and then:

“…lo and behold two years later, Slumdog Millionaire came out and became the most profitable film for 20th Century Fox outside of Star Wars, and he (Gordon) says ‘Hey kid! Guess what? Now there’s already been a movie with Indian and Pakistani kids, so now we have to find something else’…”

With Masih as his inspiration, you might be wondering why Bonded is set in Mexico and Los Angeles actors instead. It’s because Ramchandi eventually sent the script to Peirce Brosnan’s production company and Brosnan enlightened Mo about the fact that Los Angeles’ fashion industry employs child slaves too.

Ramchandi spent a year researching the issue and found out that more than 160,000 Latin Americans are enslaved in LA’s fashion industry working in underground sweatshops.

Jon Graham is a former executive at Viacom and a good friend to the Mogul community. He’s the one that convinced Mo he could get financing for his movie from movie fans, creators, and financiers. In addition to leveraging the power of Mogul, Mo created a mission statement sent out to industry insiders that drew the attention of an A-List actor and producer. Now, he’s just a few months away from releasing the trailer. All of this while putting his career on hold to take care of his ailing mother and then working through a global pandemic.

“I wrote the film in 2011. Pierce Brosnan wanted to play the American cop in the movie. It was all set up to go but unfortunately my mother got diagnosed with stage IV bone marrow cancer. I abandoned the project and spent the next six years taking care of my mom. She passed away in 2017. I went through a year of dealing with that at the end of 2017 I decided I would make the film. I had a friend who actually introduced me to Mogul, Jon Graham. I had been friends with him for years and said ‘Hey, I want to make this story...”

The Challenges of Covering a Gut-Wrenching Subject like Child Slavery

For Mo, Bonded is truly a passion project. He didn’t take a salary to be the Director, and he didn’t want to create a documentary that only those really interested in issues surrounding child slavery would watch. Instead, he was driven to create a movie as a way to inform the masses and touch them enough to get equally passionate about the issue.

“…Nobody cares about the issue. Most people don’t care. They are so involved in their own lives, and that really affected me a lot because my only motivation for making this film was that I wanted to shed light on this issue in America…

Mo goes on to talk about how he didn’t take any money to make the movie and what it’s like to try to bootstrap a movie that you care about so much:

“I didn’t have a producer. Nobody wanted to produce this movie because there was no money. I was lucky that I had these two investors, Jon Graham and Rufus Parker. They stepped up to help produce the film, even though they both have full-time jobs. For every one person I found that bought into the cause, I found 10 people that just really didn’t care.

On a slim budget with many challenges overcome in his personal life, Mo talks about how difficult yet enlightening it was to develop a relationship with lead actor Jason Patric:

“It was tough. In the beginning, we didn’t get along. What’s really interesting is that he’s very, very smart. A lot of people don’t know this but Jason is the grandson of Jackie Gleason and his father is a Pulitzer Prize-winning playwright. As I sort of let him in, I realized Jason has a world of wisdom for me.

He was great!... He cared so much about the story and we butted heads a lot during the shooting of the film but we became very good friends… He’s meticulous and he is very smart.”

By the end of September 2021, Mo plans to finish post-production on Bonded and release the trailer. He credits his production team, the actors, and Mogul for helping it get to the big screen in a way that might not have otherwise come to fruition.

Mo’s passion and ability to tell a story shines throughout the entire Mogul Live interview and the earliest clips of the movie look both dramatic, thought-provoking, and inspiring.

To watch the full interview, check it out on Mogul’s Instagram page.

Mo’s drive to create Bonded and his willingness to put his faith in the wisdom of the crowd by letting Mogul come along for the ride are a testament to the work ethic and belief that it takes to get a meaningful message across in a Hollywood caliber film that may not have otherwise gotten another look.

Here’s to Mogul making a definite impact on Hollywood!