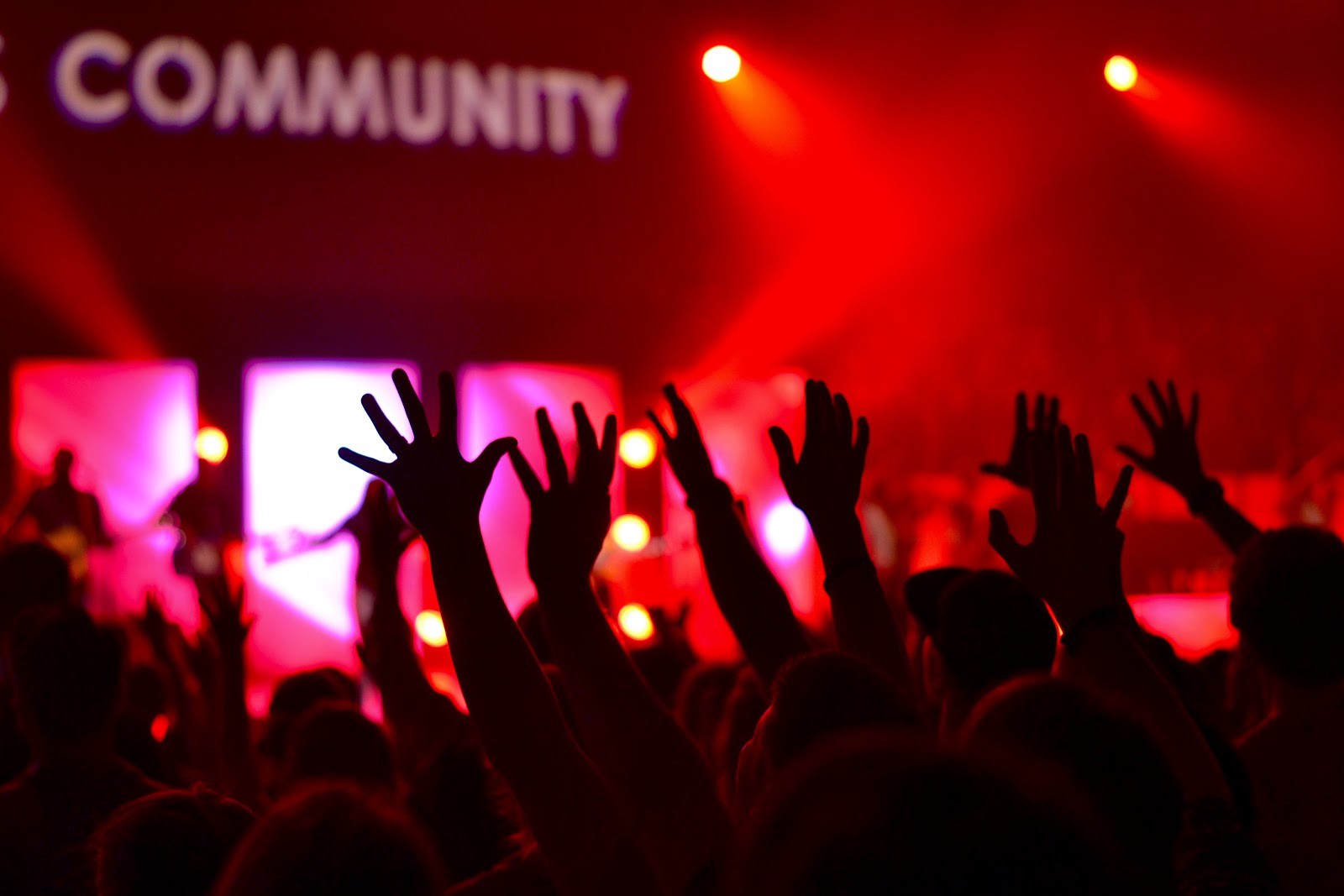 One of the most underestimated and underserved parts of the film industry is the power of the crowd. A strong community behind a big-ticket Hollywood project is powerful enough to demand changes to a film’s production design, or even transform the way a character is animated.

To see the power of community in film, look no further than Deadpool ($783.1M box office making it the highest-grossing R-rated franchise ever) or Sonic the Hedgehog (which also had a wildly successful $306.8 million tenure in the box office). Mogul advisor, Emmy-Winner and Oscar-Nominated Producer Cindy Cowan (Miracle on 42nd Street, Smiley) shared her behind-the-scenes knowledge of the way that crowds impacted the production of these two films.

At Futurist Conference 2020, Cowan spoke about a prior conversation she had with Deadpool director Tim Miller (Terminator: Dark Fate, Thor: The Dark World) as well as other Hollywood insider info.

Find out more about the panel right here.

Massive Opportunity: A Platform That Brings Communities Together with Key Hollywood Stakeholders

Both Deadpool and Sonic demonstrate that there is a demand for fans to come together to make decisions about and participate in films from a script level; together. However, this demand is currently under-served. There isn’t a platform that allows fans to contribute, collaborate, and vote on films to be part of the process and feel a sense of ownership over the content. Mogul helps to revolutionize the decision-making and funding process for films.

Cowan’s inside knowledge of the way that film communities have transformed Hollywood has steered her insight with Mogul. The power of Mogul’s platform has the potential to give film fans a voice in the script-to-screen process. Mogul does this by curating a fan base for independent films where filmmakers and stakeholders can make governance decisions side-by-side. Mogul’s platform uses blockchain technology to build an incentive-based community that results in a higher ROI for filmmakers.

Deadpool’s director Tim Miller told Cowan that the film almost wasn’t made with Ryan Reynolds (The Proposal, Green Lantern) had it not been for the demands of the comic book’s pre-existing community. They loved Reynolds. They loved his obsessing and dedication to making a film that was true to the comic book.

“Deadpool and Sonic changed the way studios looked at the film industry,” Cowan said. “Tim Miller, the director, was telling me this story that is quite astounding. A lot of people know that Deadpool was a comic book that was around for years and years, but Ryan Reynolds made his debut as his Deadpool character in “X Men: Wolverine.” But when he did, that character was this weird mismatch that made no sense. The studio didn’t look at Deadpool to do anything else,” Cowan said. “The fans of Deadpool were upset because that was not the Deadpool that they liked,” she said.

The fans were even specific about Deadpool’s eye color. While some Ryan Reynolds fans might have been upset that they couldn’t see his blue eyes, Deadpool comic book fans wanted the eyes to be white and authentic.

“Ryan Reynolds was originally going to wear the mask of Deadpool but even have his beautiful blue eyes. Even down to the eyes, which most people don’t realize, became these white eyes that [you can see] in the comic,” she said. They changed and they said nope, we don’t want these blue eyes, we want the white eyes, so they changed it,” Cowan said.

Cowan spoke about the importance of previews and a leaked Deadpool trailer that featured Reynolds. The community of fans loved the previews and lead-up to the film that 20th Century had no choice but to push it through to production with Reynolds in it.

“There were billboards everywhere,” Cowan said. “Things were getting leaked more because we were horrified. The studio, thinking they might do Deadpool, didn’t want Ryan Reynolds. They come out with the Green Lantern, it failed. He had already played Deadpool in X Men, it failed,” Cowan said. “They tried to replace him with all these A-list actors. But the fans were not having it. Ryan released all these amazing marketing things. He was passionate about it. He was a fan. Tim Miller was a fan,” Cowan said.

Reynolds’ Dedication to Work for the Comicbook Community of Deadpool

It was the recognition of Reynolds and Miller’s love for the comic book that made comic book fans love them.

“The fans literally pushed Deadpool through to Fox,” Cowan said.

As a fan of the comic book himself, Ryan Reynolds was in it for the long-haul. He had been working on producing the film for over a decade. The community recognized that and immediately hyped the idea of Reynolds doing it.

“Ryan Reynolds spent 11 years trying to make this movie. 11 years. They did test screenings, they did character building, they did all these kinds of things, and nobody to this day knows how the test screening of Deadpool got leaked,” Cowan said. “Somebody leaked it. And when they leaked it… they loved it. And Ryan Reynolds started doing these weird marketing campaigns that we have never seen,” Cowan said. “This was an R-rated movie and we never saw a superhero this R-rated and the campaigns were incredibly R-rated,” Cowan said.

Again, the R-rated aspect of Deadpool’s character and marketing was what catapulted the franchise to become the highest-grossing R-rated franchise… ever. Almost $1B in the box office… kudos!

Similar to Deadpool, comic book fans of Sonic guided production decisions of the movie. Cowan spoke about how the fans had waited for so long for the movie to come out, and when they saw what Sonic looked like, they were so vehemently disappointed about the design that their outcry changed the film.

“When the trailer came out, the studio had no idea what was about to happen,” Cowan said. “Sonic was a character that was created this go-around with teeth and with little beady eyes. It had the body of a 10-year old boy,” she said.

The fans became infatuated with that version of Sonic.

“Fans that waited years and years for Sonic to come out wanted their character with these big cartoonish eyes, if they weren’t gonna have that character, they literally said to the studio that we are not coming to the theater,” Cowan said.

The studio was left with very little choice after they heard the fan’s backlash. The studio chiefs didn’t want to disappoint the community. They had to listen.

“The studio had spent so much money on Sonic that they had no choice to go back and create the original character that the fans wanted. That’s what they [the fans] waited for,” Cowan said.

These films demonstrate more than anything that film community is everything. When you’re creating a film, you need to be true to what the community wants. If you do it correctly, it has the potential to pay off to the tune of hundreds of millions of dollars.

Given this tremendous opportunity, there is an under-served need within Hollywood.

Mogul fills this void as an immersive, transparent, next-generation platform for fans to come together.

The idea of film and decentralized finance excites Hollywood producer and Mogul production advisor David Cormican (Northern Rescue, Tokyo Trial). He spoke on the same panel alongside Cindy Cowan about the potential for blockchain, DeFi and film communities.

Cormican was excited about blockchain’s potential to make movies more fan-driven like Deadpool and Sonic.

“That’s the quintessential example right there. Why we haven’t been listening to fans for years and mobilizing those voices is beyond me. That’s what is super exciting with Tracy and the rest of the team with the tech side sort of came to us with this notion of marrying the two. Super exciting,” Cormican said.

Mogul: A Community-Based Platform for Films

During the same conversation, Mogul CMO Tracy Leparulo spoke about the opportunity to improve the film industry. Mogul’s compass is focused on improving the community.

“A few things Cindy was talking about… how do we bring the fans together, and how do we connect fans with industry, and then ideally with people who can contribute. The technology has some really cool features to it,” Leparulo said. “One of the first I love are the Monoplasma Rewards: Similar to gamification and what’s going on at Futurist, this allows for incentivization and rewards on the platform. One of the top ones would be top-producing credits in a movie.

Voting is another aspect of Mogul’s platform that Leparulo is excited about. With Mogul Quadratic Voting, Mogul is positioning itself to be the top choice for community-driven decisions in movies for the film industry. It can be the place where the involved parties from a movie get together and make governance decisions.

“Another cool thing is called Quadratic Voting. Being able to vote is very important. As Cindy was saying with Sonic, the fans didn’t like how the character looks, they all voiced their opinion. In the Mogul platform, people are able to essentially voice their opinion. They do this through a voting mechanism. Quadratic Voting ensures somebody with the most money doesn’t have the most say on how it’s made.”

The unimaginable amount of success from the films Deadpool and Sonic who combined grossed over a billion at the box office have made it more than obvious that film communities decide the fate of films.

Now, Hollywood and the movie industry all around the world could use a solution that brings film communities together. A company that can pull this off has the potential to meet one of the largest underserved needs in Hollywood. Mogul aims to be the go-to platform for the film industry by using blockchain to create a community that film fans love but also find easy to use.