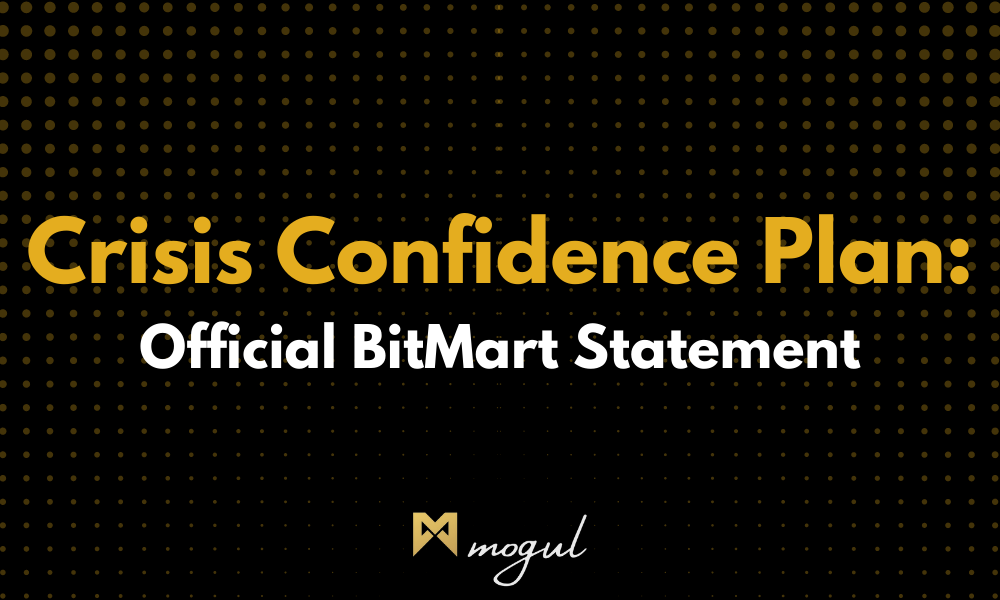 BitMart has committed to purchasing all STARS to compensate users. Mogul establishes Crisis Confidence Plan to give users confidence in STARS

Mogul has taken the last week to speak with BitMart and our key partners to establish a transparent path forward after BitMart exchange was hacked for 21 million STARS tokens. To read our overview on the incident and the immediate steps Mogul took to protect our users visit here.

We appreciate our community's patience, support, and discussion on this topic. Our highest priorities during this decision were to ensure our community members were compensated by BitMart and the longevity of STARS - the token that powers the Mogul ecosystem. This error has brought light on the importance of security within decentralized networks and is a great example of why at Mogul we audit our smart contracts with the best security firms in the world and use best-in-class security protocols for our internal development procedures.

BitMart has told Mogul they are working with the FBI, top world security firms, and asset managers to make sure they minimize the impact and recover the funds that were stolen and other externalities caused by their security errors.

Mogul will not be issuing a V2 of STARS tokens for the following reasons:

The BitMart hacker is still holding 19 million STARS tokens. You can view their wallet here. Mogul does not have the ability in our token contract to blacklist their address.

The industry feels that the risk the hacker returns to this wallet is very low for the following reasons:

For these reasons, it is highly likely that this wallet with 19 million STARS tokens has been abandoned and will not be touched again. This means, in theory, that these 19 million tokens are no longer part of the circulating supply of STARS.

Despite the risk of the 19M STARS tokens being very low that they will ever be moved, Mogul has still created a Crisis Confidence Plan to make sure we give our community the confidence they deserve to use STARS moving forward. Mogul and STARS will continue to thrive as the world's top project where Hollywood and blockchain meet.

We have automated alerts that will alert senior members of our team when there is any movement with this wallet. We have established different plans according to the different actions the hacker can take. Detailed internal action plans are in place for selling or bridging events so that our team can act quickly.

IF a STARS V2 is triggered (which is very unlikely), the following actions will take place to make sure all user funds are safe:

An AMA will be conducted with the community next week to answer all questions you may have.

Thank you, Moguls for your patience. Now we move forward!