Blockchain Interoperability: What is it and Why Is It Important? 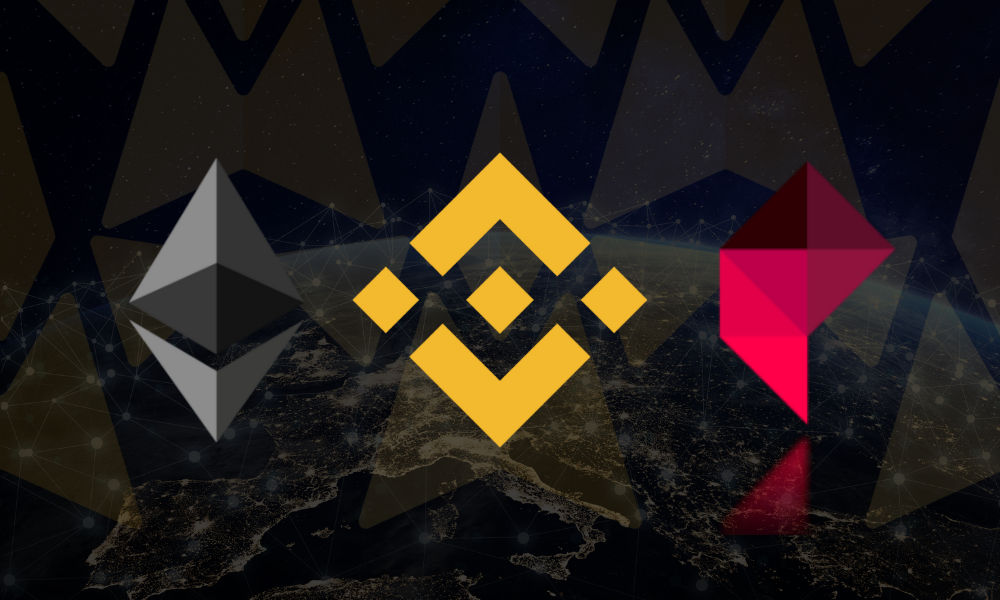 Blockchain interoperability makes it easier for users to move tokens between different blockchains. The more blockchains a token lives on, the more exposure the token and the project it supports gets among the crypto masses.

No matter what a crypto project aims to accomplish, whether it’s a pioneering peer-to-peer payment system like Bitcoin (BTC), or a project dedicated to decentralizing the financing of movies, like Mogul Productions, the broader goal is always to increase adoption.

Even before Mogul’s STARS token launched on the Ethereum (ETH) blockchain on May 11, 2021, we already had a partnership in place with Polygon, a Layer 2 solution that makes scaling transactions and developing blockchain infrastructure on top of existing blockchains easier.

With Mogul launching STARS on Binance Smart Chain on July 15, 2021, the token is one of the very few cryptocurrencies that have a home on at least three different blockchains.

That means movie fans, financiers, and creators who want to participate in the Mogul community have more options than most other projects provide.

Advancing blockchain interoperability is advancing crypto adoption and at the end of the day, it means more people get exposure to financing movies that deserve a second chance.

There are a few fundamental reasons the earliest cryptocurrency projects weren’t intended to communicate together. Firstly, when the Bitcoin whitepaper was published by Satoshi Nakamoto in 2008, nobody knew that we were on the verge of a decentralization revolution. Not even Nakamoto.

Secondly, although Bitcoin’s value was evident to many by about 2013, it wasn’t until 2015 that the first real competitor to Bitcoin grabbed hold of early crypto enthusiasts. That’s Ethereum. In other words, it took years for somebody to come up with an idea that was as valuable as the earliest decentralized peer-to-peer payment system.

Lastly, blockchain developers are ultimately competitors. They try to offer the market a unique value proposition and thus use unique approaches and coding structures to get the job done. The above realities make it more difficult for projects to communicate with one another.

Today, the crypto market is worth over $1.35 trillion USD and the depth and breadth of projects available to crypto enthusiasts is much larger than it’s ever been before. That’s why having blockchains communicate with one another is much more important now than even the earliest and most forward-thinking developers probably thought it would be when the blockchain revolution first began 13 years ago.

Why Ethereum, Polygon, and BSC are the Best Blockchains for STARS to Live On

USDT is a stablecoin designed to be attached to the value of the American dollar. USDT does not help host or launch other projects, so individual crypto projects can’t exist on the USDT blockchain directly.

The BNB token is the mechanism that helps drive Binance, the most popular crypto exchange in the world. Binance Smart Chain is a spin-off of Binance’s original Binance Chain blockchain. BSC supports smart contract functionality. Binance Chain does not.

It makes sense for STARS tokens to be compatible with BSC. BSC offers cheaper transaction speeds and lower fees than Ethereum at the moment and the platform has an equally devoted userbase.

With Ethereum and BSC Being so Popular, Why Partner with Polygon to Increase Blockchain Interoperability?

Many Layer 2 solutions are trying to solve what is known as the Scalability Trilemma, where blockchain projects try to maintain decentralization while also maintaining security and increasing scalability at the same time.

Polygon makes transacting cheaper, and more importantly, it increases scalability. That’s why at the time Mogul announced the partnership, more than 90 different decentralized applications were living on Polygon with over 200,000 users and 7 million transactions recorded since its inception.

Simply put, living on Polygon in addition to Ethereum and BSC gives users like you another viable option that’s gaining in popularity and usability.

The choice was easy. Polygon is intended to be Ethereum’s internet of blockchains, and the user base sees the value in that. Polygon currently ranks in the top 20 in market capitalization across all cryptocurrencies.

Blockchain Interoperability in Action: How to Move Your STARS Tokens between Ethereum, Polygon, and BSC

If you’re relatively new to cryptocurrency, or at least new to the idea of blockchain interoperability, the thought of sending tokens to the wrong contract address and losing them forever is probably quite intimidating. That’s why at Mogul, we’ve launched a partnership with AnySwap, cryptocurrency’s leading cross-chain swap protocol.

Anyswap currently maintains 385 different bridges connected to 15 different blockchains and gives you an easy way to move your STARS tokens between Ethereum, Polygon, and BSC.

For a step-by-step guide on how to use AnySwap to bridge your tokens from one blockchain to another, check out the article “How to Bridge Your STARS Tokens” published in the Mogul Help Center.

Now that you understand the value of blockchain interoperability and what it is, you can hold your STARS tokens on any of the three blockchains you wish to use.

Here’s to decentralizing the financing of movies on a scale even Hollywood directors never imagined before!