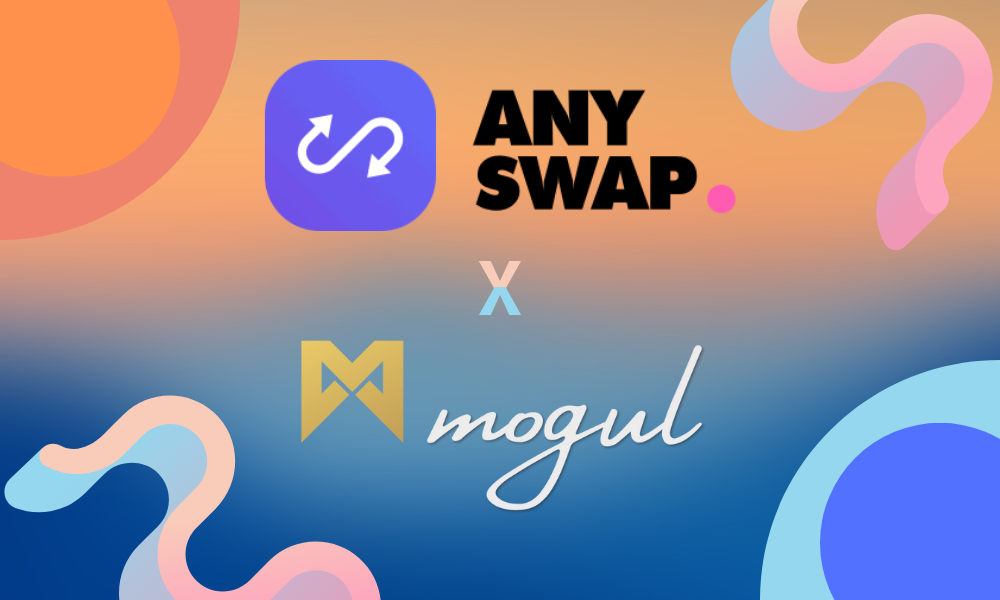 Mogul Productions, a decentralized film financing and movie-based NFT platform bringing together movie fans, creators, and financiers, is partnering with AnySwap, crypto’s leading decentralized cross-chain swap protocol, to give STARS holders an easy way to move their tokens to and from Binance Smart Chain (BSC) and Ethereum.

AnySwap is a fully decentralized cross-chain swap protocol that has developed 385 bridges on 15 different blockchains since its launch on July 20, 2020.

For STARS holders, this means access to a trusted, secure, and audited decentralized bridge for their tokens - the top provider in the industry.

The AnySwap protocol allows users to deposit any coins into the platform and mint wrapped tokens in a decentralized way. Users can also immediately swap one coin for another between blockchains, while liquidity providers can enjoy adding and withdrawing liquidity into different pairs based on a programmed pricing system built around the liquidity provided.

AnySwap is now officially the preferred partner for building the bridge infrastructure required to help Mogul’s STARS token become one of the few tokens to ever launch on three different blockchains simultaneously.

The bridge from Ethereum to BSC is officially live here

Blockchain interoperability refers to the ability of different blockchains to communicate with one another while continually registering transactions in an efficient, immutable, decentralized, and secure format.

There are thousands of cryptocurrencies and blockchain projects in existence today and allowing users to enter and exit different blockchain ecosystems with ease helps facilitate the growth and exposure of Mogul and the STARS token, while helping Mogul meet its mission of having STARS be the de facto cryptocurrency used for film-based NFTs and in Hollywood.

AnySwap provides a safe, audited method with a proven user experience for users to bridge their STARS tokens from Ethereum to the Binance Smart Chain (and vice versa).

AnySwap Co-Founder Zhaojun says the partnership with Mogul fittingly serves the mission and vision of both projects.

“Mogul’s leadership team is doing a great job putting its community first. Given how exciting and revolutionary the project is, it makes perfect sense for us to partner up. We’re happy to give their users access to the STARS token across many different blockchains.”

“We love the fact that AnySwap’s platform is really easy to understand and use. Our mission is to decentralize the financing of movies. It’s a big goal and we need both movie lovers and crypto enthusiasts to get involved in the movement. AnySwap gives STARS more usability across different blockchain platforms”

Mogul Productions is a decentralized film financing project connecting creators, film financiers, and movie fans together, giving everyone the opportunity to participate in giving big-budget movies a new path to the big screen.

Anyswap is a fully decentralized cross-chain swap protocol, which enables any blockchain that uses ECDSA or EdDSA as a signature algorithm to have a bridge. Anyswap has developed 385 bridges on 15 chains since its launch on July 20, 2020.